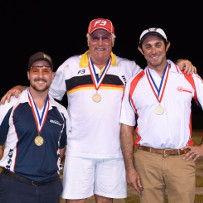 In what was certainly one of, if not the best week of his shooting career, Bill McGuire capped off a year of exceptional shooting with a National Sporting Clays Championship and practically every major award NSCA offers. On Thursday night, McGuire was inducted into the NSCA Hall of Fame in recognition of his stellar shooting career. Along the way to earning his National Championship three days later, he also won Super Sporting and 5-Stand events, as well as the All-Around HOA for his cumulative scores in the main event, FITASC, K-Kup, and 5-Stand. One more award awaited McGuire on Sunday … END_OF_DOCUMENT_TOKEN_TO_BE_REPLACED 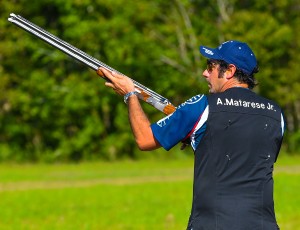 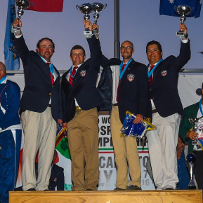 American shooters have dominated the world stage yet again with new World Championships for both individuals and teams at the 2016 World FITASC Sporting Championships in Italy. Derrick Mein is the new World FITASC Champion, becoming the second NSCA shooter in less than a month to top the podium at a world event, following Anthony Matarese Jr.'s World English win. Hunter Dreher also won the Junior gold medal for the second time in as many competitions, winning back-to-back Junior World Championships at the World FITASC and World English. Sharing the podium with Mein were England's 26-time … END_OF_DOCUMENT_TOKEN_TO_BE_REPLACED 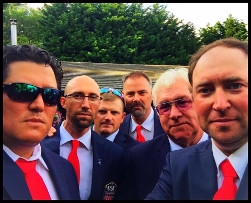 Anthony Matarese Jr. has become the first American ever to win the World English Sporting Championship, taking the individual Gold Medal last week on the E.J. Churchill Shooting Grounds in England. Matarese finished the regulation main event with a three-target lead and held the margin through the six-man super final shoot-off to earn the World Championship. Mike Wilgus also qualified for the super final and finished the competition sixth overall. NSSA-NSCA's Clay Target Nation magazine recently profiled Matarese as a hard-working, driven competitor and for his wide-ranging activities in … END_OF_DOCUMENT_TOKEN_TO_BE_REPLACED