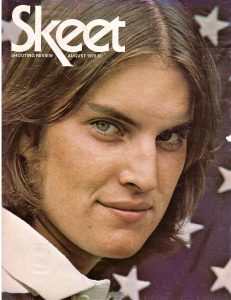 We are saddened to report that John Martin "Tito" Killian, a member of the famous Cosmic Cowboys 5-man team who competed together in the 1970s, passed away on July 27 of COVID-19. Killian, 64, lived in Devine, Texas. Robert Paxton, another member of the Cosmic Cowboys, called his friend Tito "one of the most underrated shooters in NSSA history." He pointed out that it was "difficult to get noticed when you were shooting on the same squad with one of the most natural and best skeet shooters ever to walk onto a skeet field, Ricky Pope." Paxton cited a couple of examples: In 1977, Tito broke … END_OF_DOCUMENT_TOKEN_TO_BE_REPLACED